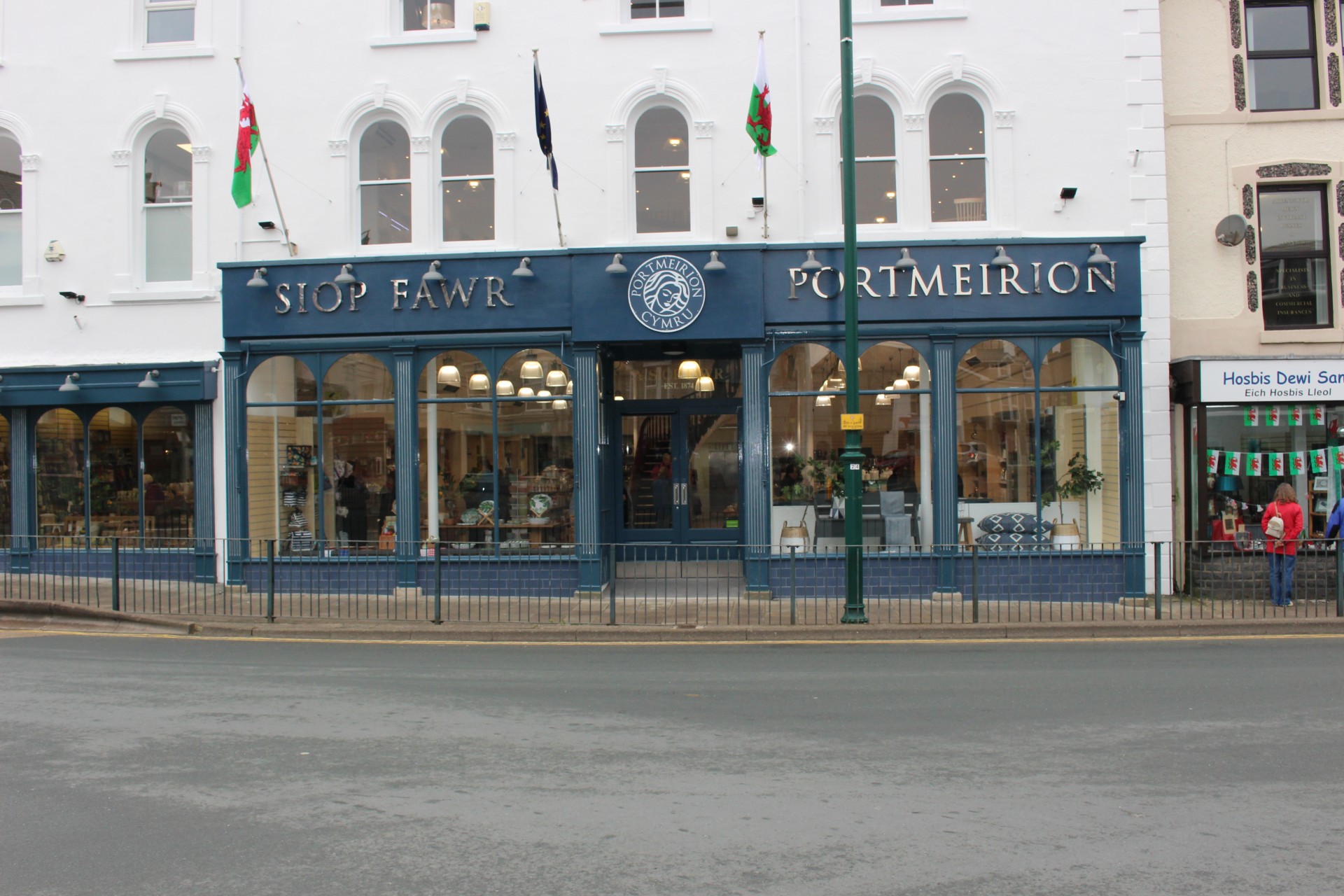 The historic Siop Fawr reopened on 8 April, 2019 under the care of Portmeirion with three floors of homewares and a café. The shop, formerly Kerfoots, is thought to be the oldest department store in North Wales and has been at the heart of the High Street in Porthmadog since 1874.

The new flagship shop for Portmeirion features homewares from major brands including Sophie Conran, Emma Bridgwater and Smeg as well as soft furnishings from Melin Tregwynt. Portmeirion pottery lines including the new Botanic Garden and Atrium ranges are also available.

The new shop interior is light and airy, while preserving the listed spiral staircase as the main feature. The first-floor café, Caffi Siop Fawr, serves a varied menu including a selection of salads and seafood as well as Afternoon Tea, home made cakes and Portmeirion gelato.

Retuning the shop to its historical name of Siop Fawr, Portmeirion’s Directors are pleased to give new life to this iconic building in the centre of Porthmadog, creating 24 new full and part time jobs. “We are excited to have opened Siop Fawr Portmeirion and we look forward to welcoming customers for many years to come.”, said Portmeirion’s Managing Director Robin Llywelyn.

Liz Saville Roberts, MP for Dwyfor Meirionydd, tweeted, “Pleased that Siop Fawr (formerly Kerfoots), has opened its doors to the public under the new ownership of @Portmeirion, safeguarding local jobs and the iconic building.”